I was a member of the ensemble of Ronnie Burkett's CRAVE at the Eugene O'Neill Theatre Center Puppetry Conference in June 2018. I joined 13 other puppeteers from all over and together we created the scenes from cradle to grave of two marionette characters. The show was performed in the Rufus and Margo Rose Barn Theatre. Each marionette didn't have a traditional control, but rather was controlled by long individual strings with each connection manipulated by a single puppeteer, so each character took at least five puppeteers at a time to control.

All photos by Richard Termine

"Mid-career and established puppeteers were especially of interest to me for this piece, as well as puppeteers with considerable live puppet theatre performing experience. Together, we created perhaps a new vocabulary of marionette manipulation, with the strings of the figures not attached to one control, but rather, passed between the puppeteers separately. The resulting community manipulation allowed the figures to crawl, dance, float in romance, fly, and ultimately climb a wall of roses in a final moment of ascension." -Ronnie Burkett 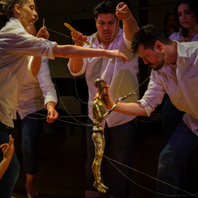 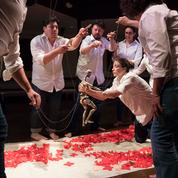 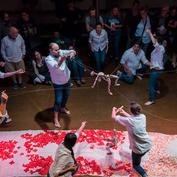 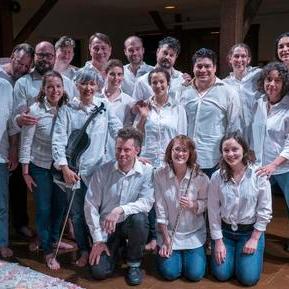 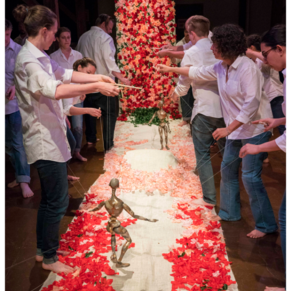